Windows 11 can now install WSL from the Microsoft Store

Microsoft has added the Windows Subsystem for Linux (WSL) as a separate app to the Microsoft Store with the release of Windows 11 Insider Preview Build 22518 to the Dev Channel.

The WSL store app for Windows 11 machines was announced in October when it was also first added as a preview.

"Additionally, we've added some additional arguments to `wsl.exe –install` to make it easier to configure your install, such as `wsl –install –no-launch` which will install a new WSL distro without immediately launching it."

WSL users who want to switch to the store app right away can do it by running` wsl –update` to immediately update the Store version.

You can learn more about the WSL Store application by watching the video embedded below.

WSL is a compatibility layer that enables Windows 10 users to run Linux binaries in ELF format natively on their computers since its release in 2018.

Microsoft has upgraded it with the launch of WSL 2 with support for full system call compatibility, increased file system performance, and virtualization tech that runs a Linux kernel inside a lightweight virtual machine (VM).

Redmond provides step-by-step install guidance Linux GUI apps on your PC, which can be launched from the Start menu or a Command Prompt window.

WSL also provides support for GUI Linux apps through WSLg (short for Windows Subsystem for Linux GUI), released in April with a rollout to all Insiders in May. 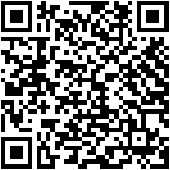