The update is now rolling out via Windows Update, WSUS, and the Microsoft Update Catalog with numerous bug fixes and performance enhancements.

Like every Patch Tuesday, you can check for and install new updates by going to Settings, clicking on Windows Update, and selecting 'Check for Updates' to install the updates.

For instance, a bug that could affect the rendering of variable fonts has been fixed. Likewise, another bug has been fixed where the Settings page closes unexpectedly close after you uninstall a font. Here's a list of other fixes:

Updates an issue that might cause the 32-bit version of Microsoft Excel to stop working on certain devices when you export to PDF.

Updates an issue that displays letters or characters at the wrong angle when you use the Meiryo UI font and other vertical fonts. These fonts are frequently used in Japan, China, or other countries in Asia.

Updates an issue that causes Internet Explorer to stop working when using the Input Method Editor (IME) to insert elements.

Updates an issue that causes the Settings page to unexpectedly close after you uninstall a font.

Updates an issue that affects your ability to rename a file using folder view in File Explorer when you use the new Japanese IME.

Updates an issue that turns off screen capture and recording functionalities on the Windows Game Bar after a service failure.

Updates an issue that prevents the applications that you use often from appearing on the Start menu as they should.

Updates an issue that causes Internet Explorer to stop working. 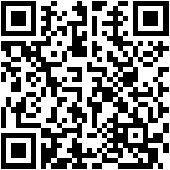