The update is now rolling out via Windows Update, WSUS, and the Microsoft Update Catalog with numerous bug fixes and performance enhancements.

The full list of Windows 10 updates released today are:

Like every Patch Tuesday, you can check for and install new updates by going to Settings, clicking on Windows Update, and selecting 'Check for Updates' to install the updates.

Updates an issue an issue that might prevent subtitles from displaying for certain video apps and streaming video sites. 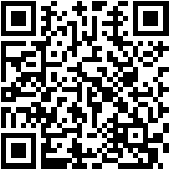