What Happens If Time Gets Hacked

"I was curious if I could spoof the time" synchronization signal, he explained in a keynote on his research. So he built his own simulated time-signal system using an open source tool called txtempus, which simulates signals for syncing the time on clocks and watches, and ran it on Raspberry Pi outfitted with a radio-frequency identification (RFID) antenna.

Laurie's contraption overrode the UK region's official low-frequency, radio broadcast-based clock synchronization signal. During his demo, he ultimately reset a red clock's hands to show a mirror-image rendering of the real time on a white clock: The hacked red clock was instructed to display the time as 4:18 while the untouched clock read 9:48, the correct time (see photo).

The white clock was set to operate normally, communicating with the Network Time Protocol (NTP) that transmits local atomic clock broadcasts to timekeeping devices. The red clock, also was set to communicate with National Physical Laboratory, the UK atomic clock feed via NTP, but Laurie commandeered the feed on that link.

"I overrode the signal" and forced it to display the incorrect time, he said in an interview.

The hack underscored how easily RFID can be abused and how that potentially could wreak havoc by altering time on a wider scale. And unlike other security issues, this risk to time-hacking isn't rooted in software or hardware vulnerabilities: It's more about an aging technology and process.

"It's more of an existential vulnerability because it's the way the technology evolved and the way it was adopted before anyone was worrying that it's not an actual secure method," said Laurie, whose time research is independent of his employer IBM X-Force, where he is the lead hardware hacker.

Time Out
Correct time synchronization affects wide swaths of society: everything from financial transactions that rely on accurate timing of payments, to industrial systems, forensics, and time-stamped network packets on the Internet. Internet of Things (IoT) devices rely on the atomic clock. In his keynote, Laurie cited a 2017 UK report that estimated the cost of time-synchronization failure was a stunning 1 billion British pounds per day.

He also noted government and industry efforts to shore up the security of time synchronization, including that of The Resilient Navigation and Timing Foundation, an international nonprofit advisory council. The foundation has proposed hardening GPS and Global Navigation Satellite System (GNSS) systems to protect spoofing and jamming signals, and adding legal teeth to enforce it.

The Internet's NTP and PTP distribute time updates and currently could be duped into transmitting spoofed information, he pointed out.

"They're not the source of time, but they need the external source that tells them the time," namely the atomic clock, which broadcasts over RF and GPS, Laurie explained.

Ransomware attacks are an obvious threat here, he added.

"If I can take out a financial organization by DOS'ing their atomic clock feed, that would be a very powerful attack," he said.

The security risks of RF long have been illuminated by Laurie and other researchers. The bottom line: RF transmits data in plain text.

"The strongest signal wins, and there's no authentication" in most of these transmissions, he said. There are technologies for validating signals, but most of the existing RF infrastructure remains insecure, he added.

"There's a huge, deployed infrastructure that relies on these insecure technologies. This [time] is one of those hidden nasties waiting to bite us," he said. 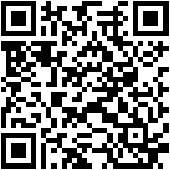