The social networking company says that the accounts were used in eight distinct operations attributed to Mexico, the People's Republic of China (PRC), Russia, Tanzania, Uganda, and Venezuela.

Both fake and real accounts used

Governments often deploy information operations to influence the target audience to interfere with certain political conversations or influence the public towards a specific line of thinking.

Of the six countries using inauthentic profiles for their campaigns, the People's Republic of China (PRC) had the largest number of fake accounts, Twitter says.

More than 2,000 accounts were used to distribute narratives of the Chinese Communist Party on the treatment of the Uyghur population in Xinjiang.

Twitter found another 112 accounts linked to a private company called “Changyu Culture,” which is endorsed by the regional authorities in Xinjiang.

The government of Uganda used a little over 400 fake profiles to support the current president of the country and his party, the National Resistance Movement (NRM).

Activity supporting topics and statements from the Venezuelan government was carried through a network of 277 accounts that promoted other accounts and hashtags.

The abuse occurred through an app called Twitter Patria that had access to their accounts and timelines. The app and others like it have been suspended.

Twitter says that 276 of the fake accounts shared “primarily civic content” to support actions from the government of Mexico on public health and political parties.

A network of 268 accounts was used in an operation from the government of Tanzania for dishonest reporting of members and supporters of the investigative journalism publication Fichua Tanzania and its founder.

Surprisingly, Twitter found only 66 accounts, both fake and real, associated with Russian operations aiming at individuals in the Central African Republic and Libya.

The goal seems to be the promotion of a pro-Russian stance and to support Russia’s geopolitical position in Libya and Syria.

Twitter removed 3,465 accounts this time. The company did not share any details about the number of tweets or media generated or shared during the uncovered state-linked campaigns.

Since mid-October 2018, Twitter has disclosed campaigns from 17 countries that published more than 200 million tweets and distributed nine terabytes of media. 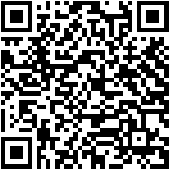