The Cloud Is Serious Business

The cloud has been a good resource for business for quite a while. Just how good? Currently, nine-out-of-ten businesses operate with some type of cloud-hosted solution. In fact, by the figures, we’re looking at a cloud-hosted future. We thought it would be interesting to take a look at some of the cloud computing stats and trends to paint a picture of just how the cloud has grown up.

For the longest time there was a misconception out there that the cloud would never work for business. This notion was reinforced by technology hardware giants Dell, HP, IBM, and Oracle, who stated quite matter-of-factly that cloud computing was a niche technology. It wasn’t secure enough. It wasn’t reliable enough. While it is laughable now, 15 years ago these hardware manufacturers, who were obviously looking to protect their business model, aligned to sell the notion that hosting business servers is a nightmare waiting to happen. People listened...for a while.

At the same time companies were using AWS (Amazon Web Services) to make huge jumps. Netflix and Dropbox were two of the huge companies that championed that use; and it grew, and grew, and grew. Now cloud technology, whether hosted on a data center in some other location or hosted onsite, is one of the most utilized and popular technologies in contemporary times. In fact, the global cloud computing market is expected to exceed $620 billion by 2023.

The Types of Cloud Computing

There is some confusion out there about how businesses utilize cloud computing, but really there are only three ways the cloud is set up. They are:

These are really the only deployments there are, but with a hybrid setup it adds in many more variables such as a control layer and how storage is used between cloud solutions. Either way, many businesses use the cloud today for their core operations. Let’s take a look at some of the most popular cloud options:

The Internet of Things

Another place where cloud computing has been important is in the establishment and growth of the Internet of Things (IoT). The IoT is a loose construct that is made up of literally billions of smart devices. Without cloud computing there would be no way to gain the insights needed to make the IoT worthwhile to businesses and individuals. IoT in the cloud offers third-party access to developers that need access to build tools for the devices. About 96 percent of IoT devices are built with the cloud in mind to facilitate instantaneous, on-demand delivery of services and processing.

With the IoT growing so rapidly, scalability is a concern, but in the cloud, you can get the computing you need on demand. For this reason nearly every IoT device depends on computing resources hosted in the cloud for remote computing power, for security, for continuity and for device-to-system integrations. The cloud fuels the IoT like it is fueling many businesses.

If you would like more information about how your business can use cloud computing to achieve the goals you’ve set out for it, contact the IT professionals at Hexafusion today at 604-757-2010. 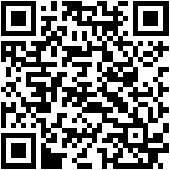