Microsoft has fixed a long list of issues impacting Windows 11 in a newly released build for Windows Insiders in the Beta and Release Preview Channels.

Among the significant bugs addressed in Windows 11 Build 22000.346 (KB5007262), Redmond has addressed known issues preventing USB Print devices with support for Internet Printing Protocol (IPP) Over USB from completing the installation and leading to some USB Print installers reporting that they don't printer after they were plugged in.

This fix is expected to roll out to all impacted Windows 10 and Windows 11 customers during the December 2021 Patch Tuesday.

The originating update for this known issue is the mandatory KB5006670 cumulative update released during the October 2021 Patch Tuesday with security updates for two Windows Print Spooler vulnerabilities (CVE-2021-36970 and CVE-2021-41332).

Since the October Patch Tuesday updates have been released, Windows 10 admins and users have been reporting widespread network printing issues in a 22-page forum topic at BleepingComputer.

Prior to today's update, on Thursday, BleepingComputer also shared a fix for the 0x0000007c printing error allowing users to work around the printing issue.

Last but not least, Microsoft said it improved Defender for Endpoint's ability to detect and block ransomware and advanced attacks, although there are no details on what exactly was enhanced.

The list of freeze fixes in this release includes:

Microsoft is rolling out the Windows 11 upgrade to "an expanded set of eligible devices" in a phased rollout to provide users with a smoother upgrade experience. According to Redmond's estimates, Windows 11 will be offered as an upgrade to all eligible Windows 10 devices until the summer of 2022.

"If you are using Windows 10, you can determine if your device is eligible for the upgrade using the PC Health Check app or checking Windows 11 specs, features, and computer requirements," Microsoft explains. 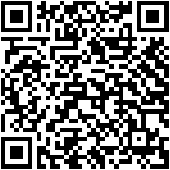