The Molson Coors Beverage Company has suffered a cyberattack that is causing significant disruption to business operations.

In a Form-8K filed with the SEC today, Molson Coors disclosed that they suffered a cyberattack on March 11th, causing significant disruption to their operations, including the production and shipment of beer.

"On March 11, 2021, Molson Coors Beverage Company (the “Company”) announced that it experienced a systems outage that was caused by a cybersecurity incident. The Company has engaged leading forensic information technology firms and legal counsel to assist the Company’s investigation into the incident and the Company is working around the clock to get its systems back up as quickly as possible.

"Although the Company is actively managing this cybersecurity incident, it has caused and may continue to cause a delay or disruption to parts of the Company’s business, including its brewery operations, production, and shipments," Molson Coors disclosed in the Form-8K filing.

If you have first-hand information about this or other unreported cyberattacks, you can confidentially contact us on Signal at +16469613731 or on Wire at @lawrenceabrams-bc.

Multiple sources in the cybersecurity industry have told BleepingComputer that Molson Coors suffered a ransomware attack but could not share what malware gang was involved.

Sources told us that the attack occurred early Tuesday morning and caused the Company to take systems offline to prevent the malware's further spread.

Due to this, business operations have been impacted as employees are unable to access specific systems.

It is unknown if the attack is localized to the Molson Coors corporate network or if it has spread to the networks of their brands. 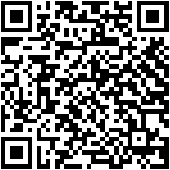