Microsoft Says SolarWinds Hackers Accessed Some of Its Source Code Microsoft on Thursday revealed that the threat actors behind the SolarWinds supply chain attack were able to gain access to a small number of internal accounts and escalate access inside its internal network.

The "very sophisticated nation-state actor" used the unauthorized access to view, but not modify, the source code present in its repositories, the company said.

"We detected unusual activity with a small number of internal accounts and upon review, we discovered one account had been used to view source code in a number of source code repositories," the Windows maker disclosed in an update.

"The account did not have permissions to modify any code or engineering systems and our investigation further confirmed no changes were made. These accounts were investigated and remediated."

The development is the latest in the far-reaching espionage saga that came to light earlier in December following revelations by cybersecurity firm FireEye that attackers had compromised its systems via a trojanized SolarWinds update to steal its Red Team penetration testing tools.

During the course of the probe into the hack, Microsoft had previously admitted to detecting malicious SolarWinds binaries in its own environment but denied its systems were used to target others or that attackers had access to production services or customer data.

Several other companies, including Cisco, VMware, Intel, NVIDIA, and a number of other US government agencies, have since discovered markers of the Sunburst (or Solorigate) malware on their networks, planted via tainted Orion updates.

The Redmond-based company said its investigation is still ongoing but downplayed the incident, adding "viewing source code isn't tied to elevation of risk" and that it had found evidence of attempted activities that were neutralized by its protections.

In a separate analysis published by Microsoft on December 28, the company called the attack a "cross-domain compromise" that allowed the adversary to introduce malicious code into signed SolarWinds Orion Platform binaries and leverage this widespread foothold to continue operating undetected and access the target's cloud resources, culminating in the exfiltration of sensitive data.

SolarWinds' Orion software, however, wasn't the only initial infection vector, as the US Cybersecurity and Infrastructure Security Agency (CISA) said the attackers used other methods as well, which have not yet been publicly disclosed.

"The National Security Agency (NSA) has examined this version and verified that it eliminates the previously identified malicious code," the agency said. 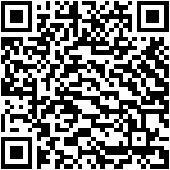