Microsoft has addressed a long list of issues and added more Windows 11 start menu customization options with the release of Windows 11 Insider Preview Build 22509 to the Dev Channel.

The most critical issues fixed in this new development build led to update and installation problems that blocked Windows 11 users from deploying new builds.

For instance, Microsoft addressed an issue preventing some devices from installing new builds or updates with 0x80070002 error codes and one causing some computers to roll back with 0xc1900101-0x4001c error codes automatically.

"Fixed an issue that was causing some Insiders to see error 0x8007001f when trying to upgrade to recent Dev Channel builds," the Windows Insider team said.

Last but not least, this Windows 11 build also addresses an issue leading to Wi-Fi connection losses after resuming from a sleep state.

"Starting in this build, you can right-click on Start to quickly access Start settings and choose the 'More pins' or 'More recommendations' layout option to show an extra row of either pins or recommendations, respectively," the Windows Insider team added.

We have been working on a collection of improvements to web browsing with Microsoft Edge and Narrator. Specifically, typing in edit fields should now be faster, when navigating around the web more useful information is provided, and lastly you will have a more consistent navigation experience with Narrator. For apps that send notifications for calls, reminders, or alarms that leverage Windows notifications in the OS, 3 high-priority notifications will now be shown as stacked and shown at the same time. We have moved the advanced sharing settings (such as Network discovery, File and printer sharing, and public folder sharing) to a new page in the Settings app under Advanced Network Settings. We’ll now remember if you turn on Bluetooth or Wi-Fi while in airplane mode. Next time you use airplane mode, the radios will reflect your preference and stay on to make it easier to keep listening to headphones and remain connected while traveling. Windows Sandbox now supports reboot inside of its virtualized environment (for example, if you were to click the Restart option under the Power button in Start). Fixed an explorer.exe crash some Insiders were experiencing in recent flights related to updating badges in the Taskbar. Fixed a race condition that was causing explorer.exe to crash sometimes when closing a snap group of 3 or more windows in Task View.

You can find the complete list of changes, improvements, and bug fixes included with today's Windows 11 dev build in the Windows Insider team's blog post. 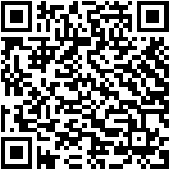