Microsoft is finally retiring Internet Explorer 11 from some Windows 10 versions and replacing it with the Chromium-based Microsoft Edge.

"With Microsoft Edge capable of assuming this responsibility and more, the Internet Explorer 11 desktop application will be retired and go out of support on June 15, 2022, for certain versions of Windows 10."

Out of scope Windows releases unaffected by this announcement include:

After being retired on June 15, 2022, the Internet Explorer desktop application will be out of support and disabled, automatically redirecting users to Microsoft Edge when launched.

"In fact, we found that enterprises have 1,678 legacy apps on average. By moving to Microsoft Edge, you get everything described above plus you’ll be able to extend the life of your legacy websites and apps well beyond the Internet Explorer 11 desktop application retirement date using IE mode."

Learn more about the IE mode and how to deploy and transition to Microsoft Edge in your enterprise environment by reading the Getting Started guide.

Further info on Microsoft Edge Internet Explorer mode and compatibility is available in the video embedded below.

Support for Microsoft Edge IE mode follows the lifecycle of Windows client, Server, and IoT versions released at least through 2029.

Furthermore, Microsoft will also give customers one year of notice before retiring the IE mode experience.

The company also added that it would ultimately end all support for Internet Explorer across Microsoft 365 apps and services on August 17, 2021.

WordPress, the most well-known and popular blogging platform, also announced in March that it is considering dropping support for Internet Explorer 11 as the browser's usage has dipped below 1%. 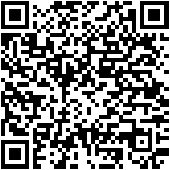