The companies were fined due to violations of the Consumer Code involving lack of information on how personal data is used and aggressive consumer data acquisition practices for commercial purposes.

As the Authority explains in the relevant announcement, its investigation has found that both Google and Apple do not provide clear information on how they collect data, what data they collect, and how exactly they're using it.

The announcement claims Google omits all relevant information during the account creation phase and when people use the services themselves. While Apple does the same during the creation of the Apple ID and when accessing the App Store, iTunes, Apple Books, etc.

Users are reportedly seeing no indication of their data being collected and used for commercial purposes.

Instead, both tech firms only emphasize that data collection is necessary to improve the user's experience.

As the authority details further, the approach followed by Apple and Google on how they collect data is aggressive by default.

Google pre-sets the user's acceptance to collect, transfer, and use their data for commercial purposes. While users can visit their Google account options menu and change this setting, the Authority states that many users do not ake changes due to a lack of knowledge or neglect.

In the case of Apple, the Authority finds that the user is only given an option to accept or reject their data to be used for commercial purposes, which is a powerful consent due to the broad spectrum covered by the generic term.

Because the users are conditioned to assume that rejecting this request will negatively affect how they experience Apple's services, the majority accept it.

Apple told BleepingComputer that they were appealing the decision and shared the following statement:

"We believe the Authority’s view is wrong and will be appealing the decision. Apple has a long-standing commitment to the privacy of our users and we work incredibly hard to design products and features that protect customer data. We provide industry-leading transparency and control to all users so they can choose what information to share or not, and how it is used." - Apple.

We have contacted Google for comment on the above, but we have not heard back yet.

As the announcement explained, Amazon and Apple maintained an agreement that prevented certain resellers of genuine Apple and Beats products from offering their merchandise on Amazon.it.

According to the Italian authority, the result of this practice is fixed prices in the national market and the artificial creation of a watertight segment, preventing "foreign" healthy competition from having price-dropping effects.

The authority says this is a violation of article 101 of the Treaty on the Functioning of the European Union, which triggered similar investigations by the national competition authorities of Germany and Spain.

The two firms stated they would appeal the decision in response to this announcement as they found it wrong and unjust.

As they claimed, the goal of their collaboration was to ensure customer safety by preventing the sale of counterfeit Apple products on the Amazon marketplace. 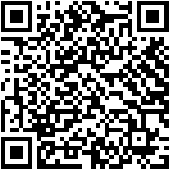