The GravityRAT remote access trojan is being distributed in the wild again, this time under the guise of an end-to-end encrypted chat application called SoSafe Chat.

The telemetry data on the most recent campaign shows that the targeting scope hasn’t changed, and Gravity is still targeting high-profile individuals in India, like officers of the Armed Forces.

Disguised as a secure chat app

In 2020, the malware was targeting people via an Android app named ‘Travel Mate Pro,’ but since the pandemic has slowed down traveling, the actors moved to a new guise.

The app is now called ‘SoSafe Chat’ and is promoted as a secure messaging application that features end-to-end encryption.

The website that likely played a role in the distribution of the app (sosafe.co[.]in) remains online today, but the download link and the registration form are no longer working.

The channel and method of distribution remain unknown, but it was likely by driving traffic to the site through malvertising, social media posts, and instant messages to targets.

Once installed on a target’s device, the spyware can perform a wide range of malicious behavior, allowing the threat actors to exfiltrate data, spy on the victim, and track their location.

According to researchers at Cyble, the list of permissions that the malware requests for this functionality is naturally quite extensive, but it can still appear justified for an IM app.

Compared to the 2020 version, GravityRAT has added the ability to record audio and added mobile-specific features like location fetching and cellular network data exfiltration.

Before the 2020 version, GravityRAT would exclusively target Windows machines, not having the ability to infect mobile devices.

As such, the reemergence of the malware in the wild in targeting mobile devices indicates that its authors are actively developing it. 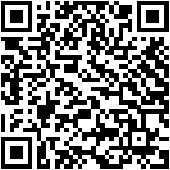