On Sunday, almost two weeks after the CVE-2021-42321 patch was issued, researcher Janggggg published a proof-of-concept exploit for the Exchange post-auth RCE bug.

"This PoC just pop mspaint.exe on the target, can be use to recognize the signature pattern of a successful attack event," the researcher said.

"We are aware of limited targeted attacks in the wild using one of the vulnerabilities (CVE-2021-42321), which is a post-authentication vulnerability in Exchange 2016 and 2019," Microsoft said.

"Our recommendation is to install these updates immediately to protect your environment," the company said, urging Exchange admins to patch the bug exploited in the wild.

If you haven't yet patched this security vulnerability in your on-premises servers, you can generate a quick inventory of all Exchange servers in your environment that need updating using the latest version of the Exchange Server Health Checker script.

To check if any of your vulnerable Exchange servers have already been hit by CVE-2021-42321 exploitation attempts, you have to run this PowerShell query on each Exchange server to check for specific events in the Event Log:

Exchange admins have dealt with two massive waves of attacks since the start of 2021, targeting the ProxyLogon and ProxyShell security vulnerabilities.

In these attacks, they targeted more than a quarter of a million Microsoft Exchange servers, belonging to tens of thousands of organizations around the world.

Four months later, the US and its allies, including the EU, the UK, and NATO, officially blamed China for these widespread Microsoft Exchange hacking attacks.

With this latest vulnerability (CVE-2021-42321), researchers are already seeing attackers scan for and attempt to compromise vulnerable systems.

As Microsoft Exchange has become a popular target for threat actors to gain initial access to a targets' networks, it is strongly advised to keep servers up-to-date with the latest security patches. 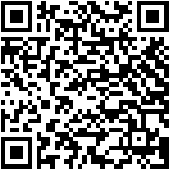