Hundreds of investors in a fake cryptocurrency scam were bilked out of $11 million by John DeMarr, who advised them to invest in fake cryptocurrency “Bitcoiin,” took their money and spent it on a Porsche, jewelry and upgrades to his home, a criminal complaint from the Department of Justice alleges.

Actor Steven Seagal was hired to promote the company, also known as “Bitcoiin2Gen” or “B2G,” and was ordered last year by the Securities and Exchange Commission to pay a $157,000 penalty, without admitting to any crimes.

DeMarr, on the other hand, made his first appearance in court on Feb. 1 to face one charge of conspiracy to commit securities fraud.

DeMarr is alleged to have promised victims 8,000-percent returns on their investment within the first year, the complaint said, and generated fake press releases, white papers and account statements to keep the scam going. When investors finally came looking for their money, DeMarr reportedly faked his own disappearance, asking others to lie and say he was assaulted and kidnapped in Montenegro.

“Mr. DeMarr created an elaborate cryptocurrency scheme, complete with high-profile endorsements and incredibly large returns that proved to be a mirage costing investors millions,” assistant director in charge Kristi K. Johnson of the FBI’s Los Angeles Field Office said. “Mr. DeMarr is now in custody and no longer spending his victims’ money, nor hiding from justice by faking his own disappearance.” 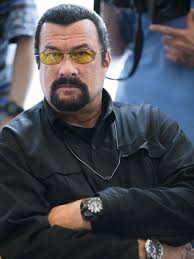 The FBI said this prosecution should serve as a warning to other would-be crypto-crooks.

“In today’s high-tech financial world there are increasingly more opportunities for fraudsters to take advantage of people and their bank accounts,” said special agent in charge Ryan Korner of the IRS-Criminal Investigation (IRS-CI) Los Angeles Field Office said. “Claiming to be part of a cryptocurrency ‘ecosystem,’ DeMarr created nothing more than an elaborate fraud scheme where he stole his investors’ money to fund his own personal lifestyle, resulting in losses totaling over $11 million. Financial crimes never pay, as one way or another the person behind the computer will be caught and will be held accountable.”

The cryptocurrency market has proven to be rife with fraud, but increased attention on security and enforcement is working, according to a brand-new report from CipherTrace, which found losses from cryptocurrency theft and fraud fell a substantial 57 percent last year.

And just last month, at least 6,500 crypto users were infected by malware that drained their digital wallets.

The federal government has pledged to continue to crack down on cryptocurrency crimes.

Acting assistant attorney general Nicholas L. McQuaid of the Justice Department’s Criminal Division explained, “While the technologies and methods are constantly changing, the Criminal Division’s commitment to aggressively pursuing fraud in all its forms remains unchanged.”

Facebook Twitter LinkedIn
3 New Severe Security Vulnerabilities Found In Sol...
How You Can Use Workflow Automation to Make the Of... 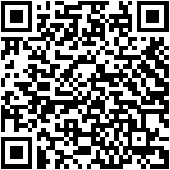