Back in my early tech career, when I was in my 20s, an exec told me that he wouldn't have employed me because he would expect me to have a baby sometime soon, and that would be disruptive to the business. I was, quite rightly, furious, but was also incredibly taken aback as I had been brought up without any preconceptions applied to my gender. My parents instilled in me the belief that my gender should not stop me from achieving whatever I wanted, so when someone else thought that being female should stop me achieving, then that was a rude awakening.

Looking back, although I challenged the view at the time (in a social setting), I did not continue the challenge in the workplace. It's something that will always be a regret, and I think back on it as probably my first opportunity to #breakthebias.

Such gender-biased comments today are potentially discriminatory and should be taken seriously, challenged, and addressed. Behavior like this is not accepted in almost all companies around the world.

There are also plenty of instances of subconscious bias, inside and outside the workplace. The people who complain that female soldiers leave their children at home when away working, yet male soldiers rarely face the same criticism. Parents, grandparents, nurseries, kindergarten, and more who subconsciously have toddler girls playing with kitchens and pink toys, and toddler boys playing with construction materials and blue toys. The people who say it is impossible to get more women into technology or cybersecurity roles because they don't apply for open positions.

For me, it is beyond time to #breakthebias and call out these biases in a way that makes people think about their behavior and attitude so it can change. I know of few people today who are genuinely gender biased and will not change their behavior, but there are far more people who perhaps need challenging when making throwaway comments that could help address these biases.

I start with myself. I no longer try to "fit in" with what used to be a very male-dominated work environment. I have worked in tech since the 1990s, and at the start of my career the female workforce was probably around 10% to 15%. Today it is better, but we are still far from parity, and until the workforce at all levels represents society around us, we need to continue to challenge gender biases. I focus on representing myself as an independent woman in the workplace and in society, as a "regular" role model to my children, my family, my friends, and my colleagues.

I'm actively recruiting into my team now and when I create or update a job description for a role, I always put it through a free online gender decoder. This is such a simple task, and although some of the words it pulls out as "masculine coded" or "feminine coded" cannot always be changed to neutral, it really helps me think about how my subconscious biases, after decades working in technology, have filtered into my everyday vernacular. I talk about gender decoders inside and outside work so that as many people as possible know they are available — and they can improve diversity.

Diverse teams — gender, ethnicity, background — are proven to be more successful than those teams lacking in diversity. The workforce shortage in cybersecurity is well known, and we continue to need more people, male and female. I’ve written about Dawn-Marie Hutchinson's "Rule of Steve," where in a room (virtual or in-person) full of cybersecurity professionals there are usually more people called Steve than there are women. There is still some way to go to break the Rule of Steve, and we need more people from a whole range of "groups" with the right aptitude and attitude to work in information and cybersecurity. Let's celebrate female role models, both leaders and experts, to encourage more women and girls to pursue a career in cybersecurity.

Every day is an opportunity to #breakthebias, not just International Women's Day. If everyone, irrespective of gender definition, can recognize and challenge conscious and subconscious bias, then one day, hopefully in my working lifetime, we will see gender parity in the workplace. Help #breakthebias. 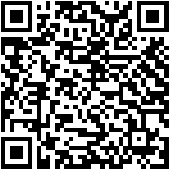