The line between MDR (managed detection and response) and traditional MSSPs has greatly blurred — and in some cases it has disappeared. Hundreds of MSSPs now offer MDR services — but Gartner says customers should be careful about pretenders in the market that have incomplete offerings.

To help clarify the situation, Gartner’s 2021 Market Guide for Managed Detection and Response Services points to 40 companies that offer credible MDR capabilities — up from about 20 companies in 2018.

Here’s the Gartner list (sorted alphabetically) along with MSSP Alert’s background on each company. But first, some important items to note:

Gartner concedes, “this is not intended to be a list of all the providers in the MDR services market. It is not, nor is it intended to be, a competitive analysis of the providers.” What About SMB?: Gartner tends to focus on midmarket and enterprise MDR companies, MSSP Alert believes, and overlooks fast-growing, cMSP-friendly MDR providers such as Blackpoint Cyber, Huntress, Netsurion and Stellar Cyber. All four of those MDR providers have gained critical mass with MSSPs and MSPs. Related: Many of the MDR companies listed below also appeared on our Top 250 MSSP 2020 Company List and Research when the latest annual edition debuted in September 2021.

1. Ackcent (Barcelona, Spain): As of mid-2020, AttackIQ and Ackcent were partnering to provide breach and attack simulation (BAS) and continuous security validation (CSV) to joint customers across Europe. Ranked 108 in our Top 250 MSSP list for 2021.

2. ActZero (Toronto, Canada): As of mid-2021, ActZero announced the Summit partner program for MSPs, MSSPs and VARs. Summit enables ActZero partners to deliver MDR as a white-labeled service, the company said. Also, the company ActZero acquired Intelligo Networks, a top MDR provider, in 2020 and also raised a $40 million seed round led by Point72 Hyperscale in 2021.

3. Aiuken Cybersecurity (Madrid, Spain)
The company develops SOC Multi-Cloud and partners mainly with technology vendors. Other than seeing Aiuken on the Gartner MDR list, the company has not been on MSSP Alert’s radar.

5. Arctic Wolf (Eden Prairie, Minnesota, U.S.)
Arctic Wolf could launch an IPO in 2022. In preparation for that move, the company promoted President and Chief Revenue Officer Nick Schneider to CEO in August 2021. Arctic Wolf raised $150 million in Series F financing and achieved a $4.3 billion valuation in July 2021. Key investors include Viking Global Investors, Owl Rock, a division of Blue Owl Capital, and other existing investors, the technology company said at the time. Also, Arctic Wolf in June 2021 expanded its channel-focused security services and operations to EMEA and incorporated Authorized and Wolf Pack tiers into its channel partner program. Arctic Wolf also launched its Managed Security Awareness training solution in May 2021.

6. Atos (Paris, France): Atos acquired MDR service provider Paladion in early 2020. Paladion, founded in 2000 had more than 800 employees and services roughly 400 customers in 12 countries at the time of the deal.  Also, Paladion generated about $29 million in revenue in 2019. Atos, meanwhile, has been struggling to drive growth in the company’s overall IT consulting business.

7. Binary Defense (Stow, Ohio, U.S.)
The MSSP and MDR provider hired Jack Jackson as its VP of worldwide channels in December 2019. Earlier, Ingram Micro partnered with Binary Defense in 2018 to promote endpoint protection and threat intelligence solutions. But we gotta concede: We haven’t heard from the company since those somewhat dated updates.

9. BlueVoyant (New York, New York, U.S.): BlueVoyant, formerly named BlueteamGlobal, launched in 2017. As of November 2021, BlueVoyant apparently was seeking to raise $150 million, and the funding round could value the next-generation MSSP at $1.4 billion — though terms are not finalized. See this story for complete BlueVoyant business history and strategy updates, as of November 2021.

10. Booz Allen Hamilton (McLean, Virginia, U.S.)
Booz Allen Hamilton, which operates a Top 250 MSSP business unit, is seeking to make more tuck-in acquisitions in such areas as cybersecurity services and healthcare technology as of October 2021. Booz Allen expressed similar M&A views in January 2021. The company since that time has acquired Liberty IT Solutions for healthcare IT consulting, and cybersecurity services provider Tracepoint. On the flip side, Booz Allen spun out the SnapAttack threat hunting & detection company in November 2021. 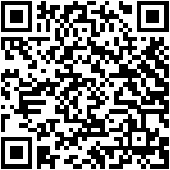