This week, law enforcement struck a massive blow against the REvil ransomware operation, with multiple arrests announced and the seizure of cryptocurrency.

On Monday, the US Department of Justice, Europol, and Interpol announced arrests of REvil affiliates and members in Kuwait and Romania. The FBI also announced the arrest of the REvil affiliate behind the July Kaseya attack that encrypted over 1,500 organizations.

In addition, the US announced that $6 million in ransom payments was seized from the REvil ransomware operation.

After REvil shut down in October, it was expected that the group would rebrand as a new operation shortly. However, with the recent news of the arrests and that the FBI hijacked their server, it is possible that they may call it quits as other cybercriminals will likely not want want to work with them again.

This week, the other big news is a massive attack on the European electronics retailer MediaMarkt by the Hive Ransomware operation.

Other news this week is the Clop gang using the Serv-U vulnerability to breach networks and a new US bill laying out ransomware response steps for financial organizations.

Electronics retail giant MediaMarkt has suffered a ransomware attack causing IT systems to shut down and store operations to be disrupted in Netherlands and Germany.

Romanian law enforcement authorities have arrested two suspects believed to be Sodinokibi/REvil ransomware affiliates on November 4, both of them allegedly responsible for infecting thousands of victims.

The United States Department of Justice today has announced charges against a REvil ransomware affiliate responsible for the attack against the Kaseya MSP platform on July 2nd and seizing more than $6 million from another REvil partner.

The U.S. is offering up to $10 million for identifying or locating leaders in the REvil (Sodinokibi) ransomware operation, including $5 million leading to the arrest of affiliates.

The Clop ransomware gang, also tracked as TA505 and FIN11, is exploiting a SolarWinds Serv-U vulnerability to breach corporate networks and ultimately encrypt its devices.

TrickBot teams up with Shatak phishers for Conti ransomware attacks

A threat actor tracked as Shatak (TA551) recently partnered with the ITG23 gang (aka TrickBot and Wizard Spider) to deploy Conti ransomware on targeted systems.

New legislation introduced this week by US lawmakers aims to set ransomware attack response "rules of road" for US financial institutions.

Amigo-A found a new ransomware that appends the .BlackCocaine extension and drops the HOW_TO_RECOVER_FILES.BlackCocaine.txt ransom note.

A Moscow entrepreneur was detained during a vacation abroad this month and is now facing extradition to the U.S. on charges that he helped a notorious Russian ransomware group launder payments.

That's it for this week! Hope everyone has a nice weekend! 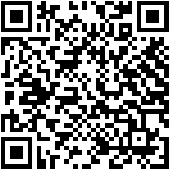