Microsoft has released PowerShell 7.2 with automatic updates through the Microsoft Update service on Windows 10 and Windows Server devices.

"We have integration with Microsoft Update to automatically keep your installation of 7.2 updated whenever we have a servicing release which only includes critical bug fixes or security updates," said Steve Lee, Principal Software Engineer Manager for PowerShell.

With Microsoft Update, you will get the latest updates through your usual Windows Update management flow via Windows Update for Business, WSUS, SCCM, or the Settings dialog.

Users will also be able to opt-out of automatic updates if they would instead update PowerShell manually.

Support for stable and preview channels

"You would need to install 7.2 GA separately to have Microsoft Update enabled for our stable channel where you would be updated to 7.2.1 should we have a servicing release and eventually to 7.3 GA," Lee added.

Redmond first announced that it would release future PowerShell updates via Windows Update in June.

PowerShell provides a scripting language focused on automation, a command-line shell, and a framework for processing PowerShell cmdlets.

It's a cross-platform product compatible with all major operating systems, including Windows, Linux, and macOS. It allows working with structured data such as JSON, CSV, XML, REST APIs, and object models.

Other update highlights for PowerShell 7.2:

You can read the complete list of bug fixes and improvements in PowerShell 7.2 on Microsoft's documentation website. 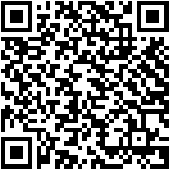