HPE discovered authorized use of an Aruba Central access key began Oct. 9, 2021. The key was automatically decommissioned and rotated on Oct. 27.

In addition, Aruba Central security monitoring tools previously alerted HPE’s security operations team about suspicious activity, the company stated. The team investigated the activity and on Nov. 2, 2021 concluded that it had been unauthorized.

HPE became aware of the security incident after the access key used by the unauthorized threat actor had been decommissioned and rotated on Oct. 27, the company indicated. It then searched all Aruba Central logs to determine if any other keys were being used for malicious activity.

Meanwhile, Aruba Central customers do not need to take any technical actions to mitigate the incident or guard against similar issues in the future, HPE said. Since security-sensitive information was not compromised, these customers do not no need to change their passwords or network configurations.

Aruba Central provides network management, artificial intelligence-based analytics and Internet of Things (IoT) device security, according to HPE. It can be deployed across wired, wireless and SD-WAN networks. 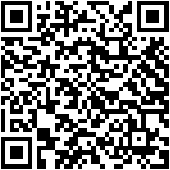