The U.S. Justice Department this week indicted seven Chinese nationals for a decade-long hacking spree that targeted more than 100 high-tech and online gaming companies. The government alleges the men used malware-laced phishing emails and “supply chain” attacks to steal data from companies and their customers. One of the alleged hackers was first profiled here in 2012 as the owner of a Chinese antivirus firm.

Charging documents say the seven men are part of a hacking group known variously as “APT41,” “Barium,” “Winnti,” “Wicked Panda,” and “Wicked Spider.” Once inside of a target organization, the hackers stole source code, software code signing certificates, customer account data and other information they could use or resell.

APT41’s activities span from the mid-2000s to the present day. Earlier this year, for example, the group was tied to a particularly aggressive malware campaign that exploited recent vulnerabilities in widely-used networking products, including flaws in Cisco and D-Link routers, as well as Citrix and Pulse VPN appliances. Security firm FireEye dubbed that hacking blitz “one of the broadest campaigns by a Chinese cyber espionage actor we have observed in recent years.”

The government alleges the group monetized its illicit access by deploying ransomware and “cryptojacking” tools (using compromised systems to mine cryptocurrencies like Bitcoin). In addition, the gang targeted video game companies and their customers in a bid to steal digital items of value that could be resold, such as points, powers and other items that could be used to enhance the game-playing experience.

APT41 was known to hide its malware inside fake resumes that were sent to targets. It also deployed more complex supply chain attacks, in which they would hack a software company and modify the code with malware.

“The victim software firm — unaware of the changes to its product, would subsequently distribute the modified software to its third-party customers, who were thereby defrauded into installing malicious software code on their own computers,” the indictments explain.

While the various charging documents released in this case do not mention it per se, it is clear that members of this group also favored another form of supply chain attacks — hiding their malware inside commercial tools they created and advertised as legitimate security software and PC utilities.

One of the men indicted as part of APT41 — now 35-year-old Tan DaiLin — was the subject of a 2012 KrebsOnSecurity story that sought to shed light on a Chinese antivirus product marketed as Anvisoft. At the time, the product had been “whitelisted” or marked as safe by competing, more established antivirus vendors, although the company seemed unresponsive to user complaints and to questions about its leadership and origins.

Anvisoft claimed to be based in California and Canada, but a search on the company’s brand name turned up trademark registration records that put Anvisoft in the high-tech zone of Chengdu in the Sichuan Province of China.

A review of Anvisoft’s website registration records showed the company’s domain originally was created by Tan DaiLin, an infamous Chinese hacker who went by the aliases “Wicked Rose” and “Withered Rose.” At the time of story, DaiLin was 28 years old.

That story cited a 2007 report (PDF) from iDefense, which detailed DaiLin’s role as the leader of a state-sponsored, four-man hacking team called NCPH (short for Network Crack Program Hacker). According to iDefense, in 2006 the group was responsible for crafting a rootkit that took advantage of a zero-day vulnerability in Microsoft Word, and was used in attacks on “a large DoD entity” within the USA.

“Wicked Rose and the NCPH hacking group are implicated in multiple Office based attacks over a two year period,” the iDefense report stated.

When I first scanned Anvisoft at Virustotal.com back in 2012, none of the antivirus products detected it as suspicious or malicious. But in the days that followed, several antivirus products began flagging it for bundling at least two trojan horse programs designed to steal passwords from various online gaming platforms.

Security analysts and U.S. prosecutors say APT41 operated out of a Chinese enterprise called Chengdu 404 that purported to be a network technology company but which served a legal front for the hacking group’s illegal activities, and that Chengdu 404 used its global network of compromised systems as a kind of dragnet for information that might be useful to the Chinese Communist Party.

“CHENGDU 404 developed a ‘big data’ product named ‘SonarX,’ which was described…as an ‘Information Risk Assessment System,'” the government’s indictment reads. “SonarX served as an easily searchable repository for social media data that previously had been obtained by CHENGDU 404.”

The group allegedly used SonarX to search for individuals linked to various Hong Kong democracy and independence movements, and snoop on a U.S.-backed media outlet that ran stories examining the Chinese government’s treatment of Uyghur people living in its Xinjian region.

As noted by TechCrunch, after the indictments were filed prosecutors said they obtained warrants to seize websites, domains and servers associated with the group’s operations, effectively shutting them down and hindering their operations.

“The alleged hackers are still believed to be in China, but the allegations serve as a ‘name and shame’ effort employed by the Justice Department in recent years against state-backed cyber attackers,” wrote TechCrunch’s Zack Whittaker. 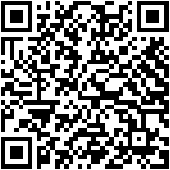